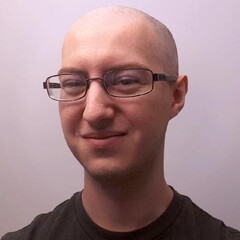 Before we jump into the bio, don't let my name's spelling make you think twice - I'm an American guy with Portuguese parents, going by the British pronunciation of his name... Just think 'Lewis'! With that said, onto the storytelling!

Many artists will begin their story with the phrase, “I’ve been drawing since I could hold a pencil.” While it’s a classic, that story is not mine.

My interest in visual arts was formed in my early teens. At that time, my pool of inspiration drew from both grandiose film and game productions that required teams of hundreds, and the independent artists and game developers of the web in the early 2010s. Since then, I've continued to strive to create work that reflect my sense of awe and mystique from large-scale projects, and the charm of independent works.

Today, that love for art and storytelling drives me to work on projects that I hope can inspire the same joy in others. Whether it's making a game or illustration that I hope will make someone smile, or working on a project that someone will be able to see themselves in, I aim to use my creative background to create products that create value for others.